The first corporations formed in our nation were to organize community infrastructure projects like public services and bridge building. American businesses have since the founding worked closely with other community groups to invest in and build up our country. When needs in relationships, like local business and local transit, are well balanced everyone has a better chance of succeeding.

This balanced approach lead to the greatest expansion of the middle class and business in US history from 1939 to 1968. Beginning with FDR in 1932, over and over competent national leadership aligned to a balanced approach was elected to congress and the presidency. They worked to correct the imbalanced approach of the 1920’s that tilted things toward the benefit of very few. When things are so imbalanced they crash, like they did with the Great Depression, it can take years to recover; but many businesses and families never do. We need to learn from that period and improve on the FDR coalition model. Competent leadership in civic space is as important to a healthy society as it is in business, faith, media, and other influential spaces.

In the business community many are sincerely interested in sustainable growth. How do we better serve customers, improved benefits and wages for workers, and draw a strong profit for investors to keep this going? Unfortunately, there is a philosophy out there telling us that everyone should just focus on their own interests. This is what brought about the collapse seen in the Great Depression; the more recent Great Recession, and the reckless dismantling of the Obama outbreak containment program. The elimination of banking regulatory safe guards to confine the risk of speculation and the defunding of enforcement did benefit some. The economic collapse from that unbalanced approach ended up harming most business and the greater society many times more. You see this play out again in the contrast between W Bush, Obama and the last administration. After the 2008 Great Recession, a balanced approach from 2009-2016 not only recovered, but lead to the greatest economic expansion in modern history. The incompetence of the last 4 years added $7 trillion to the deficit and undid the Obama government programs that prevented 3 Ebola outbreaks from becoming pandemics. The pandemic alone collapsed 20% of small businesses, but we were the only chance humanity had to stop the outbreak from becoming a pandemic and that failure has resulted in incalculable human suffering.

It can be confusing for business leaders to judge among the many ideas being offered by so many political factions in society. This complexity makes it easier to settle for the notion that you should just look out for yourself; even though that is not what the best businesses do. The business leaders that persuaded others to support the 45th president are also responsible for the resulting mess. Those who refuse to acknowledge how this was a terrible mistake don’t deserve our trust. So what is a better way forward?

The Chamber for Progress is dedicated to helping community and business address national issues by supporting the platform or strategic plan that emerges from the largest non-regressive multi-party voter coalition. Our society faces national and global challenges that can only be managed by agreement of the nation to a plan of governance and a majoritarian all-sector push. Too often business groups that support community don’t receive the same acknowledgement and support that community groups do. Without greater community support, businesses sometimes don’t then have resources or time to spare for greater community investment. To ensure sustainability, businesses that support the will of the people expressed via the platform should flourish just as civic groups do when we serve the community.

The insurrection at our nation’s Capitol in 2021 was in part the fault of businesses that supported and enabled 45th president to organize the rejection of facts, logic, and fairness for political followership. This problem highlights the urgent need for business leaders to have a collaborative space that is dedicated to working with faith, media, and non-profit organizing to counter that problem. We need business leaders to stand up to those making excuses for the mess made by the 45th president and to replace that politic with the balanced approach FDR pioneered. Working together in this way, settling of differences through democratic process, we can help our society move beyond regressive politics. The FDR coalition included business leaders and showed us a way to rise together. We welcome you to join in. 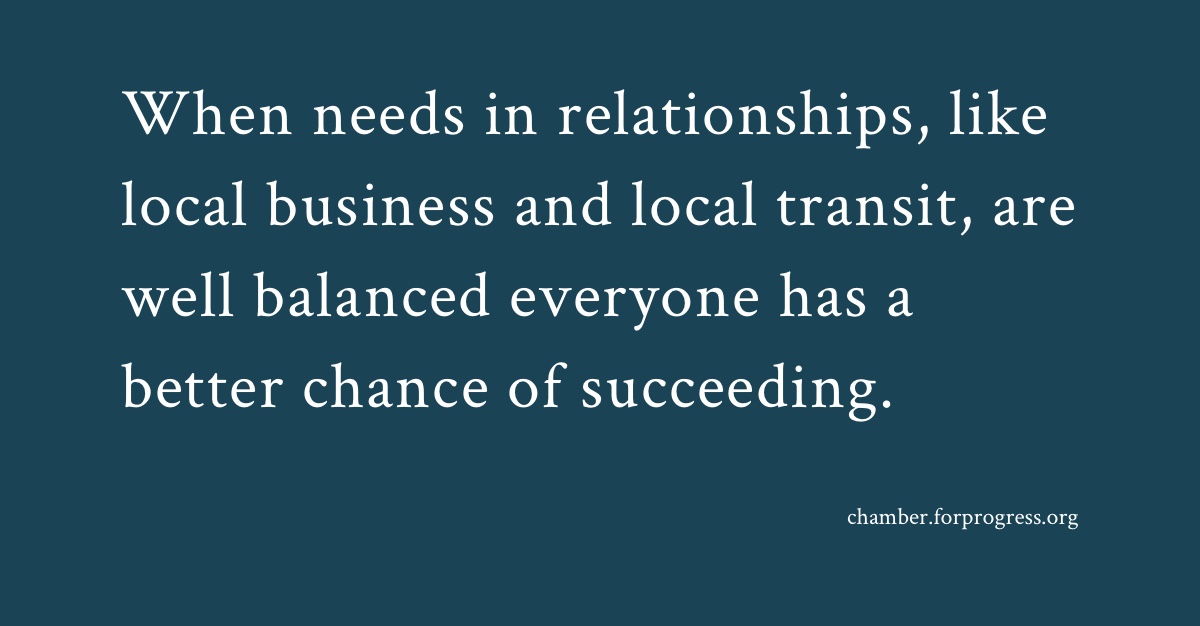