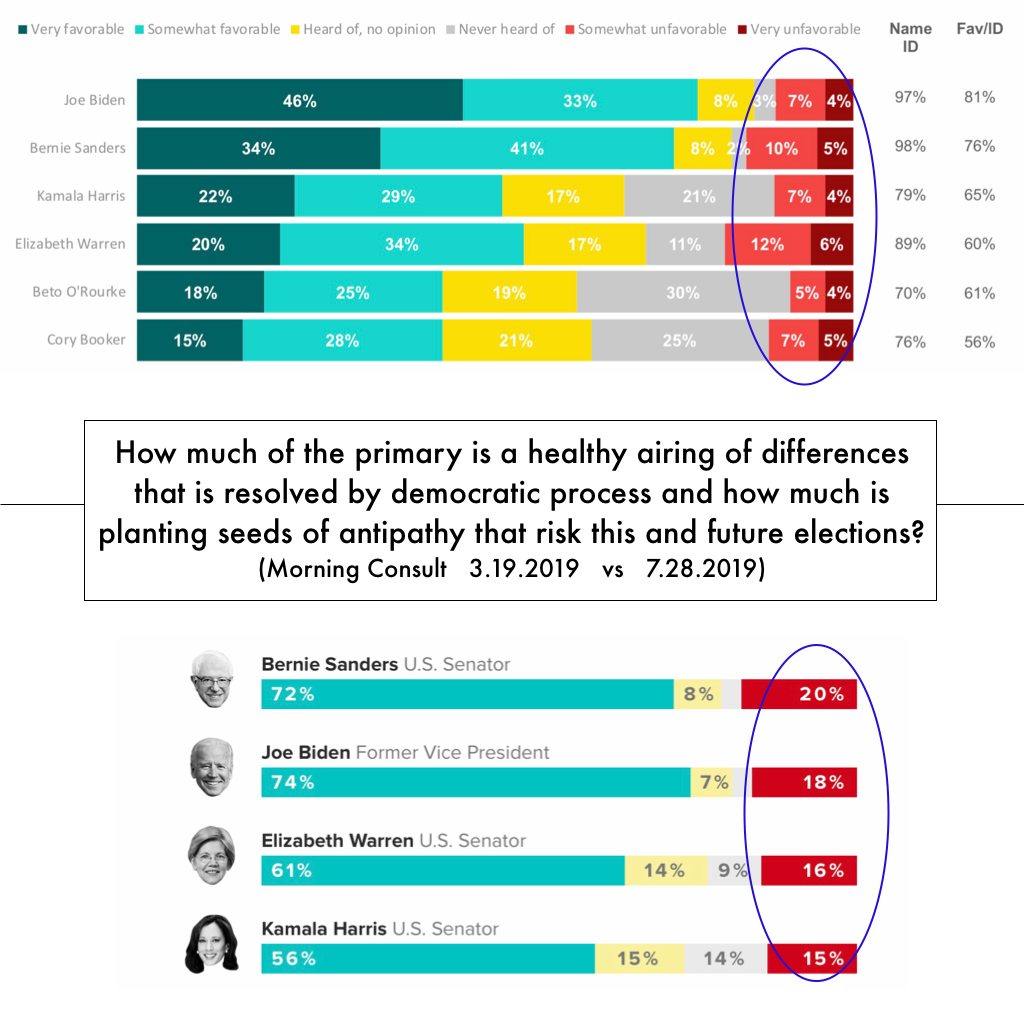 When in US history has the primary of a party and the broad support these candidates enjoy reflect better on the party? Yet, look at how the total unfavorable rating in red is going up for all candidates.

Of course we cannot expect to reach agreement without a healthy airing of differences. However, all healthy group dynamics acknowledge the importance of discussing important decisions in a manner that builds greater group cohesion.

We have 24 months between elections. If we spend 20 of those months having unhealthy discussions, then not only do you risk coming out of the primary unable to win the general, but also having so much bad blood that your coalition fractures after the election. In which case climate change, #CIR, and other major reform may fail. And in that failure, then we risk a repeat of 2009 infighting resulting in a 2010 electoral disaster.

If we have trouble having a healthy differences settled within this massive coalition, how can we hope to build progressive majorities for all the critical reform we need? So we all need to learn how to air out differences in near majority coalitions and to settle differences by democratic process. Not to mention that if we fail in this with the only viable alternative coalition capable of defeating Trump, then the republic itself may fail as a result.

We cannot expect our marriages, friendships, unions, churches, and other vital relationships to survive if we all don't learn to do a better job airing out vital differences without coming out of that turning away from one another. No candidate listed here can hope to win without us being better at this than we were in 2016.