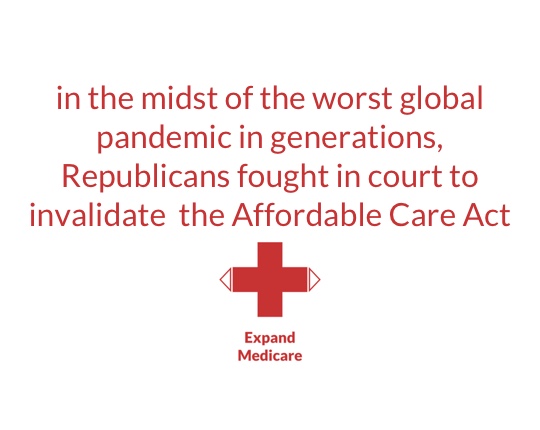 I worked for thirty four years in the Navy as a software engineer. Like most federal employees, my pay, benefits, pension, and healthcare, were all affected by Congressional votes.  After twenty three years, I almost lost all I’d worked for when management tried to fire me for being active in my union.  I was lucky in that my union provided support and an attorney to help me save my job, my pension—and my healthcare.  But not everyone is as lucky as I am.

My friend Jennifer lost access to Medicaid when her child became an adult and moved in with a boyfriend.  She now has cataracts and cannot afford to get the surgery she needs.  She doesn’t qualify for Medicaid because Florida’s Republican legislators don’t want to expand Medicaid.

My friend Evelyn just lost her contract with the public school district because they don’t want to hire independent contractors.  She’s 74 years old and cannot afford her house payments  on Social Security.  She has diabetes, and her prescriptions cost $500/month.

There is a solution here: Medicare. My friend Mike, who lost his driver’s  license because of cataracts, is lucky because he is covered. His cataracts will be fixed for $150/eye which he can afford on his Social Security and pension payments. This is what the Affordable Care Act of 2009 (ACA) was designed to do.

However, many states run by Republicans declined to expand medicaid. Florida, for example, has over 800,000 people without coverage.

Before the ACA, healthcare costs were rising year after year at double-digit rates. President George W. Bush’s and the Republican congress’ plan failed to curb insurance premiums, drug prices, or emergency room visits—typically the most expensive type of care a person can receive.

In response, a clear majority of Americans voted to expand Medicare in 2008.  The public option was designed to rein in the most deep-seated of healthcare inequities. It would have drastically reduced prescription drug prices, premiums, and out-of-pocket costs.

Although the public option was stonewalled by Republicans, regulation by the Obama administration and ObamaCare nonetheless lowered the rate of increase of total premiums for family coverage. In 2001 - 2008 the rates increased by 79%, but 2008-2015 the rate increased 38%. At the 79% rate of increase total worker and company contributions would have been $22,697, but at 38% it came in at $17545 or $5152 less. This while decreasing the number of uninsured by 20 million at the end of that administration.

The American Rescue Plan Act (ARPA) passed by Democrats in Congress and signed into law by President Biden built on the strong foundation of the ACA by lowering premiums, expanding coverage, and increasing access to essential health services. It made health insurance more affordable and accessible.

The ACA is more important than ever as individuals deal with mental and physical health issues from COVID-19. By increasing affordability, the ARPA also reduced racial disparities in health care access. But we still need the public option to bring down costs once and for all.

We should urge Congress to cut the cost of prescription drugs by allowing  Medicare to negotiate lower drug prices just as the Veterans Administration does.  We could start with generic drugs such as insulin—a drug needed daily by diabetics—which costs $10 a vial to make but manufacturers charge hundreds of dollars to package.

According to the Kaiser Family Fund, more than two million poor uninsured adults fell into the “coverage gap” that results from state decisions not to expand Medicaid. Among the remaining uninsured, 7.5% fall into the “coverage gap” because they live in one of the 12 states that have not adopted the Medicaid expansion, and the ACA does not provide financial assistance to people below poverty for other coverage options. Analysis shows that 3 in 4 people in the coverage gap live in just four states (Texas, Florida, Georgia and North Carolina).

One recent poll finds 84% of Americans—89% of Democrats and 79% of Republicans—favor adding dental, vision, and hearing coverage to Medicare. Another, from the Kaiser Family Foundation (KFF), indicates similar levels of support for allowing Medicare to negotiate drug prices—83% were in favor, including 91% of Democrats; 76% of Republicans; and 84% of older adults, who would be most affected by this shift. The support holds steady even after the respondents learn the arguments for and against the policy.

Unfortunately, at every turn, Progressives’ efforts to guarantee health coverage have been met by obstruction and opposition from the Republican Party. It is Republicans who have embraced junk plans that undermine protections for pre-existing conditions. It is Republican state attorney generals who sued to block Medicaid expansion and Republican governors who refused to extend Medicaid coverage to their citizens, leaving millions of low-income Americans, disproportionately people of color, unable to access health coverage.

And in the midst of the worst global pandemic in generations, Republicans fought in court to invalidate the Affordable Care Act and eliminate insurance for tens of millions of people. Overturning the Affordable Care Act remains a central plank of the Republican Party platform. The difference in values between the two parties on this life-or-death issue could not be more stark.

We all know from working with groups that a change in direction requires we obtain support of a clear majority of decision makers. To pass healthcare reform we need to organize The People's agreement via their representatives in Congress.

Great changes in law do not happen without a 60 Senate majority willing to debate the proposal. Even when we win an election, members of Congress will oppose reform. We must be ready to organize accountability within their district until vulnerable obstructionists are polling to lose the next election otherwise the lack of consequences incentivizes delay. Only polling to lose the next election motivates Republicans to compromise, because with less seats after the election they risk having even more progressive legislation pass.

We need organizers committed to this essential organizing. To mobilize a large majority of voters to support us, we need allies, so we also need to support others in their needs as we want their support for healthcare reform. In 2020 a coalition of 81 million voters removed an immoral and incompetent president and agreed on what we call a Platform for Progress;which includes a mandate to Expand Medicare. Now we must come together again and win 2022.